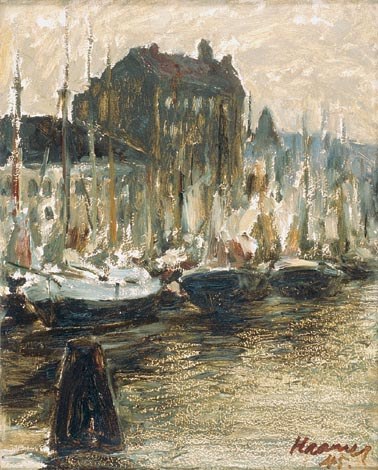 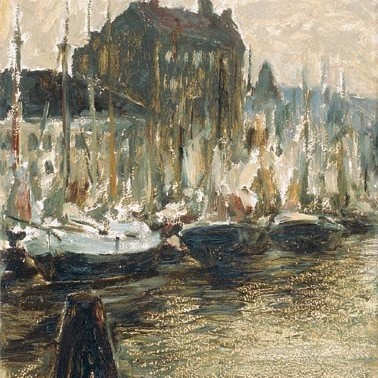 Eerik Haamer, who graduated from Pallas as the student of Nikolai Triik, became in the second half of the 1930s one of the most outstanding painter of figural compositions. Works, originating from the period prior to the II World War are characterized as serious ones, being painted in colors, close to the nature. Haamer was one artist of these many ones, who were forced to leave the homeland while being at the peak of his creation. From the year 1944 until the end of his life Haamer lived in Sweden.
The port, having been painted only a year after the escape, is covered with a multi-layer network of meanings that talks about personal and social pain by the means of sensitive use of colours. Use of topics and colours, characteristic to Haamer in the 1940s, still does not leave a depressed impression of a somewhat wistful port. Yachts, being ready to leave, create a mood, where are entangled hope and hopelessness.