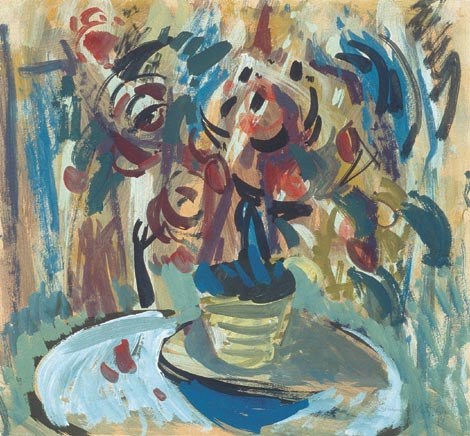 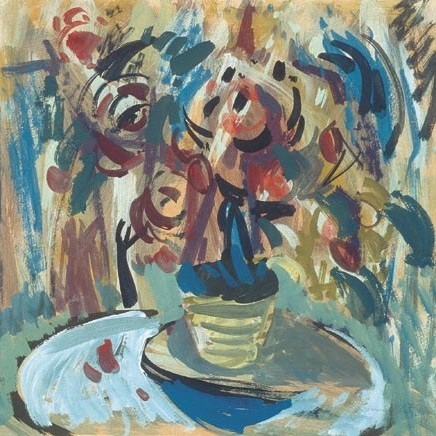 Elmar Kits graduated from Pallas in the year 1935 as the student of Ado Vabbe and worked already in the 1940s in the same school as a lecturer. Until mid-1960s the creation of the constant experimenter was characterized mainly by landscapes and realistic compositions. But in 1966 a person, having entered the artist's studio, could have seen at the walls unaccustomed half-abstract paintings - results of improvising that had been set free -, Kits himself after a long time standing almost continuously in front of the easel, dark hair fallen on the forehead. Tiiu Talvistu has written of the exhibition, having been held in the same year: This exposition can be called the manifestation of modern art and a top event of the 1960ies.
This work was made the next year and belongs as an organic part to the new creative period of Kits. So we are not only dealing with a remarkable part of the creation of Kits, but of the complete era of the modern art of Estonia.
The flower has been the starting point for the artist, from where the world only begins. We can see the freedom of the will, improvising, playing simultaneously on all keys. This is not telling of one story, but hearing of many stories at the same time, not blues but jazz.