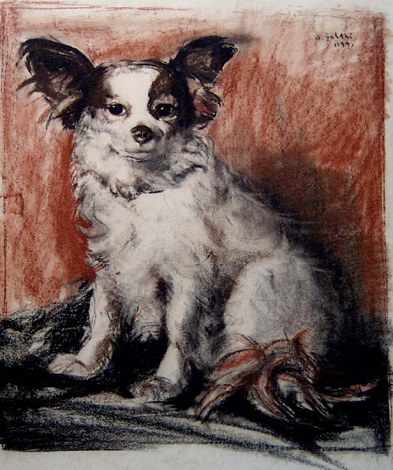 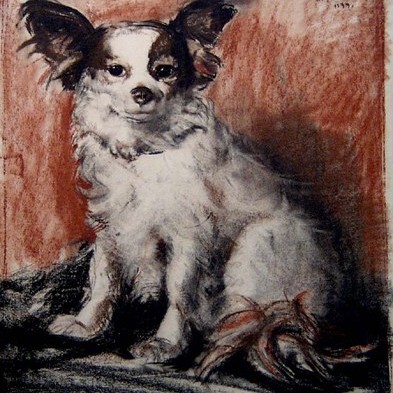 When Andrus Johani in the year 1933 left the "Pallas" house that was situated at the Kalevi street, whistling by himself quietly, he had every right to be satisfied. Already as the student of Ado Vabbe his drawings had created at the exhibitions the attention of art museums and he had a correct anticipation that the following decade would bring about a fruitful exhibiting activity and his putting on the same position with Eduart Wiiralt and Kristjan Raud. His creation includes drawings, paintings and once again drawings, trips to Paris and Berlin and other places, numerous exhibitions and unanimous commendation of critics.
But Johani had other reasons for whistling. From among works, being exposed at the exhibition of the "Pallas" graduates, special attention received just his works. "This alert depiction skill is also rendered by the handling of animals, as we see from the sketches of the dog and the cat," was written in one article. Or: "How characteristically sprightly are comprehended the characters of the animals, and with how amazing plasticity have been handled people...", was written in another article. Animal portraits that form a remarkably important part of the creation of Johani have become free of sentimental sighing and insipid sweetness and expose us the author's brilliant drawing skill, the ability to see something "artistic" in a small dog.