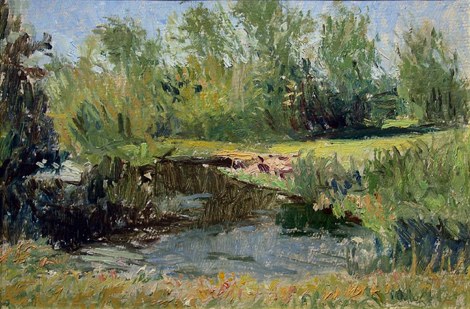 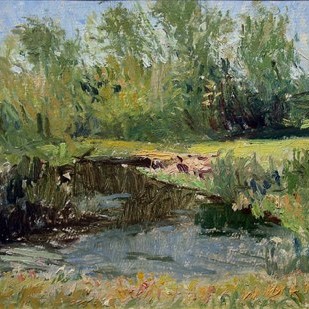 Linda Kits-Mägi is obviously one of the best known Estonian female artists, in whose creation first of all catch the eye works, carrying the spirit of impressionism. Having studied in "Pallas" at Ado Vabbe, she quickly acquired the Parisian painting technique that she continuously developed in her further creation.
Linda Kits-Mägi has confessed herself that when for his soulmate and partner in life, Elmar Kits, it was easy and impetuous to paint in the nature, then her style was completely different. Kits-Mägi was very seriously absorbed into her work process and the improvizational and spontaneous general view of the works is achieved as the result of absorption and thorough preparatory work. It has often been remarked that to the works of Kits-Mägi is characteristic a degree lighter and more optimistic choice of colours than that of male artists. Such careless joy of a beutiful day has also been entered into her works.