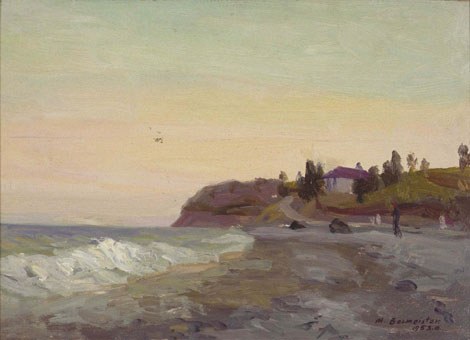 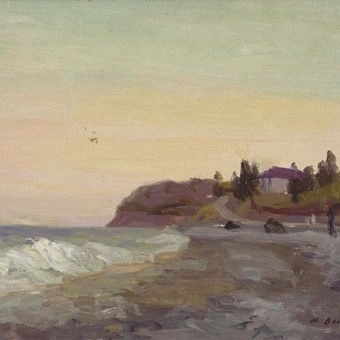 Märt Bormeister studied decoration painting at Roman Nyman and August Jansen, but then entered the State Higher School of Arts and then went to the already former “Pallas”. After the World War II Bormeister became a highly recognized landscape painter, who regarded important the aesthetic upbringing of the youth.
In these works a subtle approach to the art of painting has been joined with longing for everything southern that enables to put the work of Bormeister into the same line with “Capri” by Endel Kõks. Gursuff in the Crimea, that allured a number of artists, does not mean for Bormeister a popular summer resort or southern exoticism, but first of all the research of different colours, light and shadows. Works that have been elaborated to the highest possible degree forward the aim, which Bormeister valued in art above everything: interpretation of the surroundings into the language of aesthetics.