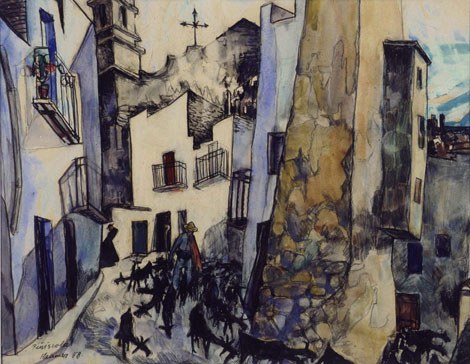 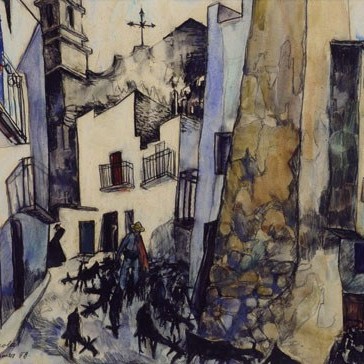 Eerik Haamer can be called without any exaggerations an artist, whose writing into the current art history is not accomplished yet. He rose into the centre of attention of the artistic world already before the World War II, but similarily with Endel Kõks also for Haamer beginning of the occupation meant leaving the homeland. Therefore the creation of decades is still (!) unknown for our art history, even though more and more is being talked about Haamer on the basis of the few known facts. From one hand is brought out his extraordinary talent at creating of figural compositions, from another hand is noticed the original handling of colour and handling of themes with mild and warm humour.

As the summers of the years 1913 and 1914 brought about a decisive shift in the creation of Konrad Mägi, then the same happened to the creation of Eerik Haamer after his trip to Spain and Portugal at the end of the 1950ies – at the beginning of the 1960ies. Exactly during the mentioned period is replaced his currently implemented style of quite thick use of paint and stressed contours and from the southern experiences is born a series of works that form a completely separate chapter in the creation of Haamer.
Painting, having been painted in Peniscola, plays with both exoticism and grotesque, using equally the properties of water-colours (transparency, running of colours into each other) and excellent composing of the painting surface with towers, streets, houses, people and animals. Gentle irony on the address of a strange priest and a shepherd, typical to Spain, have been place into a powerful architectural environment that is impossible to describe. This must be seen. So let’s have a look.