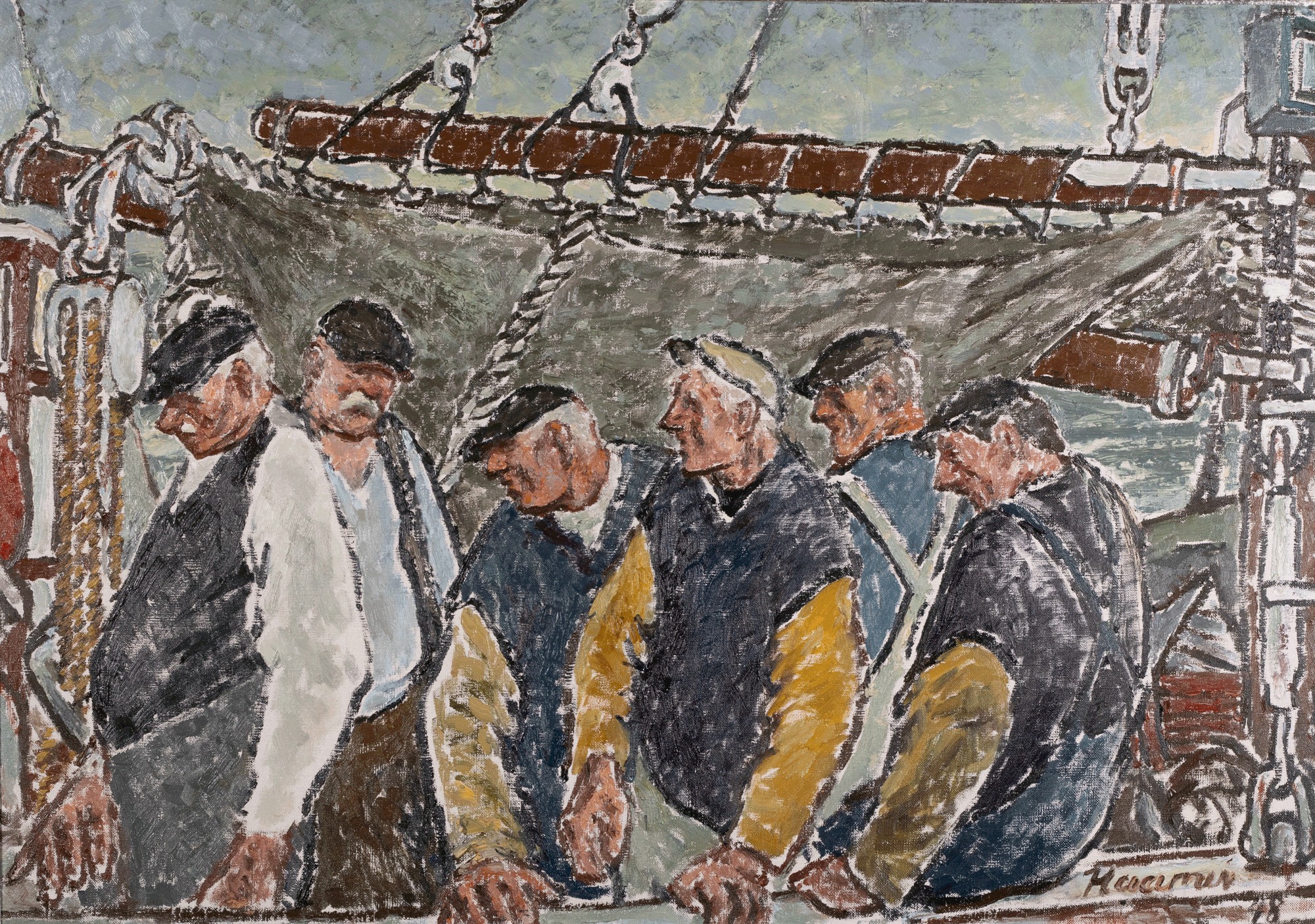 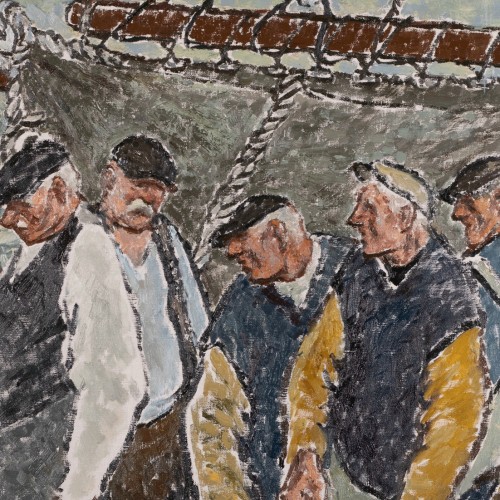 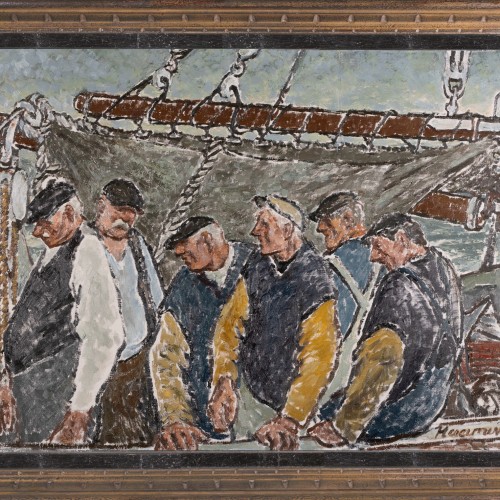 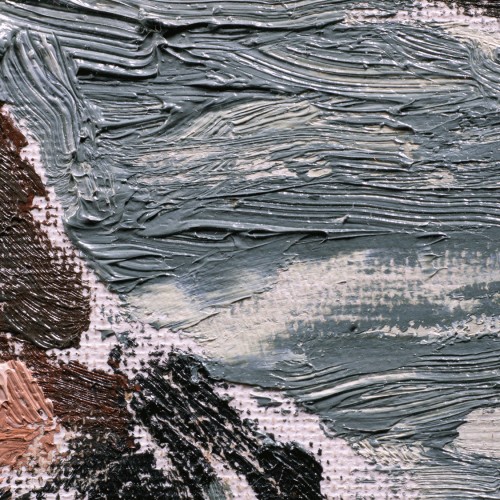 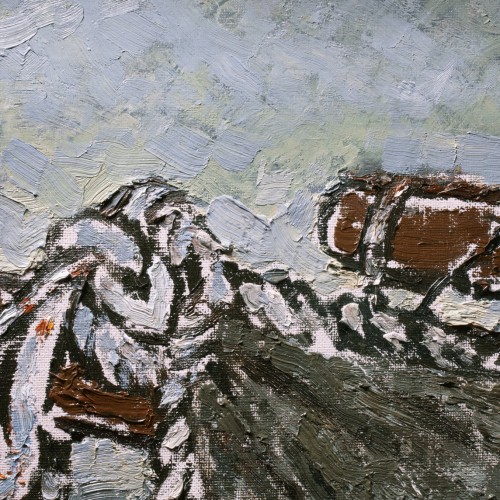 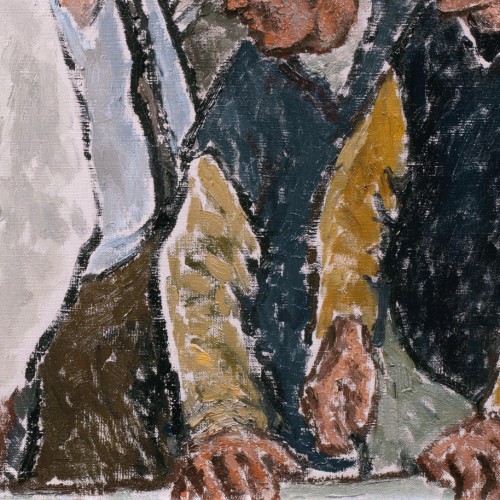 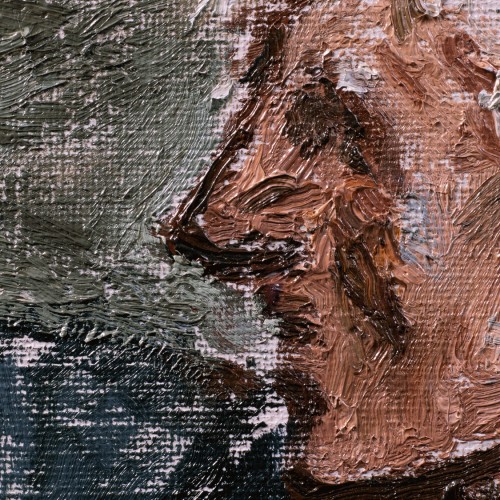 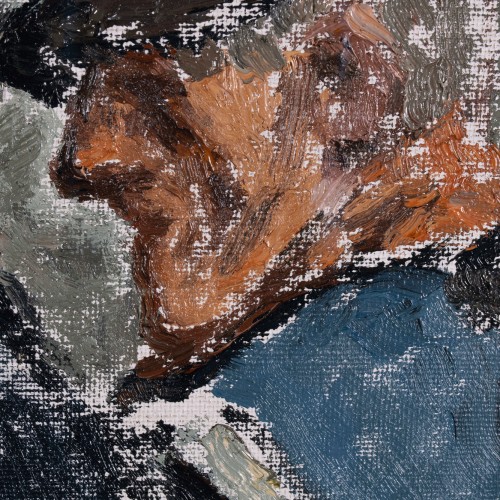 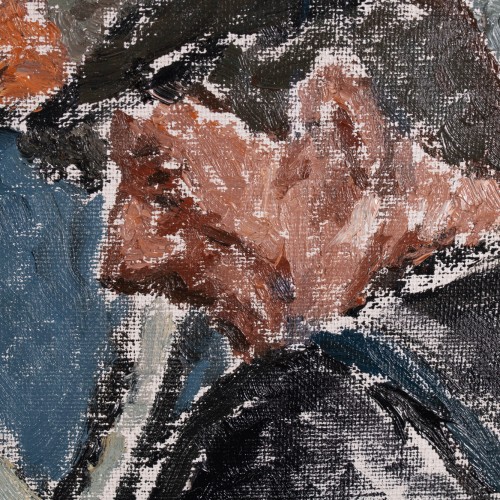 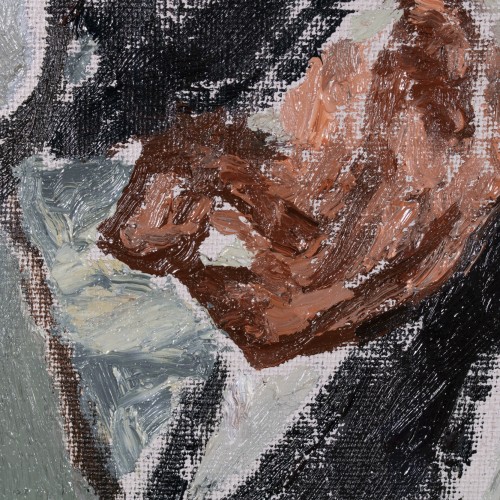 Eerik Haamer can be called without any exaggerations an artist, whose writing into the current art history is not accomplished yet. He rose into the centre of attention of the artistic world already before the World War II, but similarily with Endel Kõks also for Haamer beginning of the occupation meant leaving the homeland. Therefore the creation of decades is still (!) unknown for our art history, even though more and more is being talked about Haamer on the basis of the few known facts. From one hand is brought out his extraordinary talent at creating of figural compositions, from another hand is noticed the original handling of colour and handling of themes with mild and warm humour.
Few years after the “Fishermen” that were created after the departure join vigorously the pre- and after-war Haamer. An extremely rare example of the artist’s creation of the 1940ies addresses here with the means of brush and colour line already the following one, using boldly contrasts and sharp relations of shades. From another hand the work, which was created during the best creative period, deals with the same motifs that were used in a big part of his earlier creation: depicting of people, living on the shores, depicting the ones, who live together with the sea. Fishermen are here not because of job advertisements (as it happened at the same time in the artistic life of the ESSR) – Haamer has been interested in creating a generalization through six men, talking to homeland with the means of fishermen.