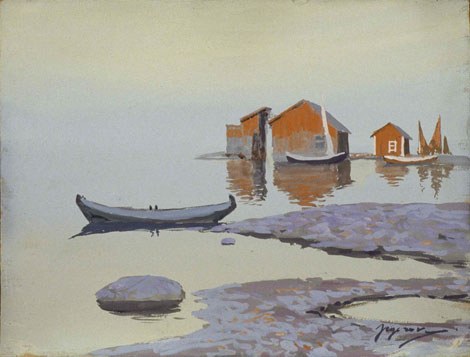 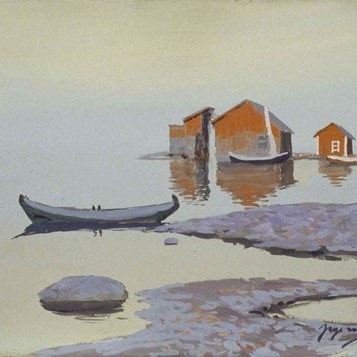 Andrei Jegorov together with Alfred Hirv and Oskar Hoffmann can be placed among these authors, who at the end of the 19.century and at the beginning of the 20. century introduced into the Estonian art the influences of the world-famous Russian realistic art. After studies in several art schools of St.Petersburg, incl. in the study of Ilja Repin and the Art Academy of St.Petersburg, Jegorov found quick recognition, living as a freelance artist on a substantial number of orders. While working as a lecturer and artist, Jegorov’s ties with the Russian art remained close until his death.
Differently from Hirv and Hoffman, the indisputable best of Jegorov’s creation is formed by landscapes. The present work is a rare exception in the heritage of the artist, who is mainly known as the creator of winter scapes. Instead of limiting objectiveness, Jegorov has taken interest in the possibility how to depict melancholy with the means of transparent colour and reddish shade. This is an evening calming down and exhaling of all difficulties.