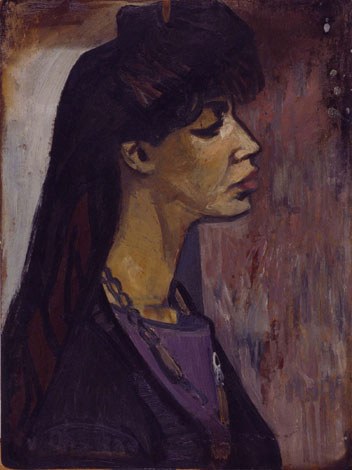 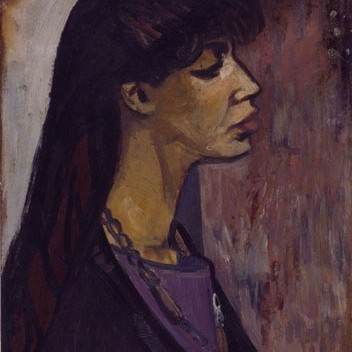 The creation of Valdur Ohakas of the 1960ies has been considered in the Estonian modern art to be an inevitable landmark already for a long time. It is amazing, how the artist was able after his 7-year imprisonment in the Soviet prison camp at the end of the 1950ies to take again up painting in a new, powerful manner. Similarily to the members of the “Tartu Friendly Circle” (incl. his best friend Ülo Sooster) he gathered into his mixed creation influences from impressionism to surrealism and cubism to abstractionism. Appalling hunger for art joined here the freedom of improvising, which Ohakas experienced while studying in the 1940ies in the former “Pallas” under the supervision of Elmar Kits.
The author, possessing an extremely sensitive artistic nerve, has used in his “Portreed” that was made during his artistic peak both modelling with colours and tuning of surface rhythms. We can most probably agree with one of the students of Ohakas, according to whose works “his relations with the subject were extremely emotional, direct and warm.” Furthermore – Ohakas painted things that” he lived through himself”.