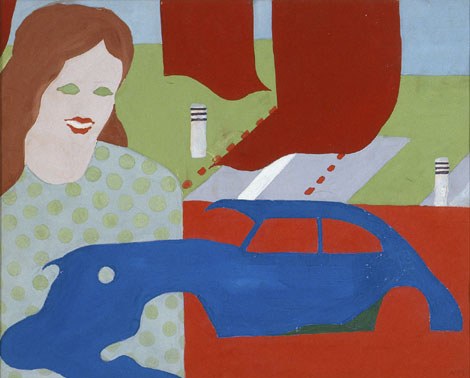 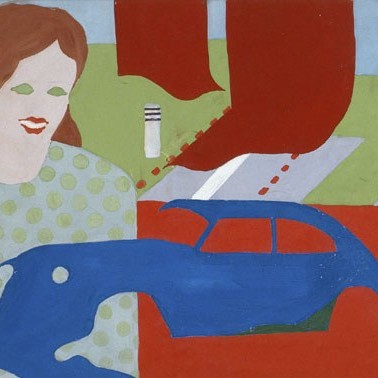 1960ies was a strange period in the Estonian art. It seemed that the existing state and national art canons could not remain valid as the only true ones, that the new generation, who was free of the fear for repressions and free from the traditional values of the “Pallas” school, was looking for something new. Foreign contacts became more frequent, the artistic life abroad was at that time especially lively and full of changes. The careless attitude of the sixties also arrived here and gradually deepened the contempt against the officially standardised regulations. The following events have been noted down in the Estonian art history as “avant-garde” and the second half of the 1960ies is consistently marked as “the arrival of the modern art in Estonia”. This is not a tiny shift. This is a question of a new era.
Grouping of artists ANK’ 64 that was founded in 1964 (where among others belonged Jüri Arrak, Malle Leis, Tõnis Vint, etc.) was one of the first avant-garde groupings, with whom is still connected keeping to certain esthetical positions. A real breakthrough, arrival of the new perception of the world and implementation of the new form language is seen in the legendary grouping SOUP’ 69, the core of which was formed by Leonhard Lapin, Ando Keskküla, Ülevi Eljand. And Andres Tolts.
In the first range it has been regarded the favour of the grouping that here arrived first time in the Estonian art history different important key-words of the world, of which most of all is being emphasized the influence of the pop-art. This is a direction, which regards of importance introducing of everyday matters into the context of art and which does not care of the academic values anymore, but tries instead of repeating of the already well-known to implement something new. Pop-artists of Estonia have by today become a legend, who despite their quite short activity period undoubtedly reached the top of the local avant-garde. Their scandalous exhibitions shattered the art world and brought to the local art absolutely new possibilities. Creation of Andres Tolts forms here in its turn a completely separate chapter, as it is he, from who usually is started the reasearch of pop-art and avant-garde art. As the most significant author of the second half of the 1960ies, Tolts wrote himself into the history and was able to become the emblematic author of the innovatory art of the second half of the 20. century. There are few artists, whose couple of works are sufficient for changing the art history. But Andres Tolts, whose pop-prevailed paintings are quite few in number and the majority of which has already been acquired into the collections of different museums, is exactly such kind of artist.

“Auto” by Andres Tolts bundoubtedly belongs to the top classics of the Estonian avat-garde art and it is hard to over estimate its significance in the Estonian art history of the last 35 years. Diffused forms, an automobile, which was a symbol of the modern city life in the year 1969, pop-style happy and lively large colour areas, a long-haired human figure, carrying the esthetics of the Beatles and the paradox and illogical build-up of the whole situation signal us a totally different esthetical culture that people were used to until that time. From one hand we admire the courage of the young artist at overcoming of taboos, from another hand we notice a clearly developed handwriting of the artist. Andres Tolts is superb at testing of unconventional colour combinations and the analyst of the modern Soviet pop culture. The achieved mood is gentlemenly ironic and youthfully brave. No wonder that “Auto” became a separate landmark in the Estonian art history – in connection with it we can talk about artist Andres Tolts and his pioneering role in the Estonian art history.

The work has been exposed at the following exhibitions:

The work is reproduced: