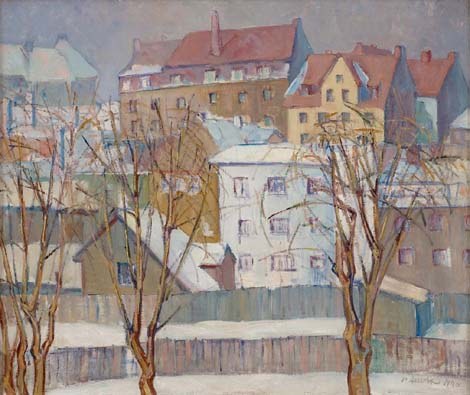 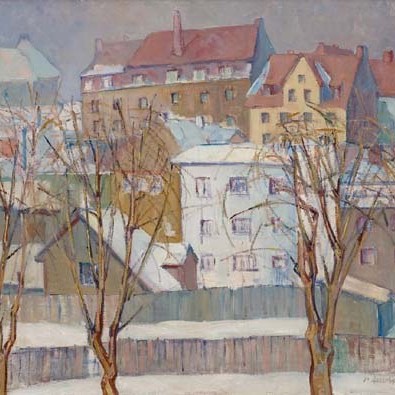 Like many others, Priidu Aavik started in the studio school of Ants Laikmaa already in the 1920ies, when he was hardly 20 years of age. Studying under the supervision of the grand name of the Estonian art gave Aavik the first knowledge of the value of the art of painting, which even deepened during the 1930ies, when he headed for “Pallas” to commence studies under the hand of Nikolai Triik. Only two years before finishing of “Vaade aknast”, Aavik graduated from the school and could regard himself as one of the persons, passing on the knowledge which had been received at the school. When his post-war creation has often remained at the background in the general artistic picture, then the work from 1940 offers a rare insight into the early creative period of a fruitful author. A glance, which has been taken of the Old City from the Mere Avenue, has been divided into ascending steps, but even of greater importance than the skilful composition is the prevailing mood. “Vaade aknast” is most probably one of the last looks of Tallinn, which was painted prior to the tragic events. Therefore it is understandable that the depicted city seems happy, full of sun, optimistic – everything that soon disappeared.