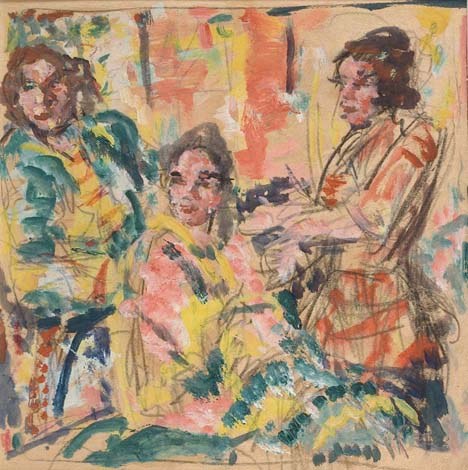 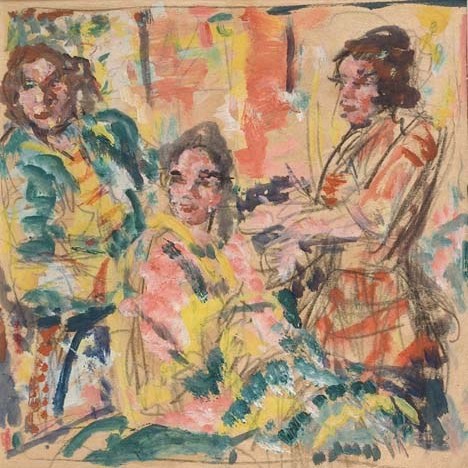 The artist’s status of Johannes Greenberg, “our best known master of figural compositions” (papers of that period), has by today already become legendary. It has only been increased by the extremely small number of his works. The author, who started his studies at Laikmaa at the age of 17, also studied in Berlin, Munich and Moscow, his later study trips took him to Paris, Austria, Belgium, Spain. Greenberg, who was continuously switching styles, but who had a permanently high level in different approaches, was able to become through his creative career one of the most significant authors of Estonia. His “sensitive paintings of strongly original and impressively vivid colours” (Alfred Vaga) never belonged to a distinct artistic flow. Still, there exists one basis, one line that crosses the core of Greenberg’s creation, according to which he is most well-known and valued: theatre. The theatrical world was something, the mystery and playfulness of which absorbed Greenberg already from the very beginning. And exactly so, three women talking among themselves, wearing multi-coloured costumes, faces only vaguely painted out – just so Greenberg worked with his most significant works on the topic of theatre. Jaan Pert has pertinently mentioned that he was wrong to think that Greenberg was moving in the manner of masculine post-impressionistic painting, but it actually came out that the artist was “a gentle lyric, painter of female charm”.