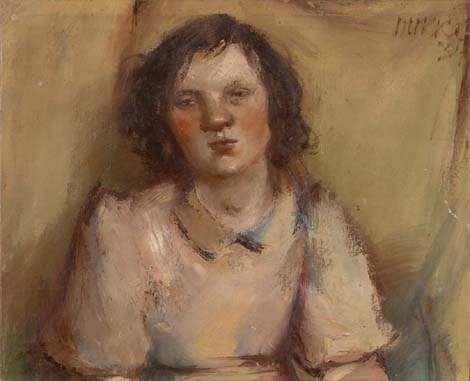 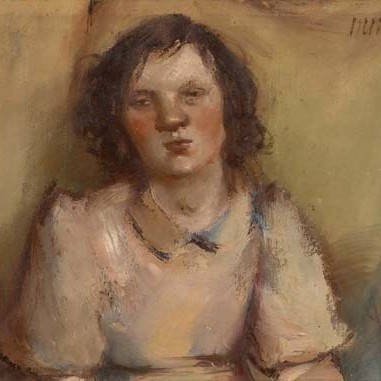 Lepo Mikko has been written down in the local public art history mainly thanks to works, which were accomplished after the World War II, but being to a great extent correct, such impression first of all proceeds from the small number of Mikko’s earlier works. The most significant part of the creation of Mikko, having started his art studies in Tallinn at the age of 16 and having studied in the 1930ies in “Pallas” under the supervision of Nikolai Triik, remains in his study decades. This was the time, when according to his own words, Mikko had got rid of the dry atmosphere of the Tallinn Artistic Vocational School and had went to study in “Pallas” in spite of difficult economic conditions. This intolerance in creation can also be clearly detected in this work. Mikko has denied the existence of unitary “Pallas-style”, asserting that as basis were taken different artistic flows. So he considered of importance, differently from his good friend Elmar Kits, “harsh and vigorous art of the Nordic countries”. “Tütarlapse portree” is a superb example of the perfect form of Mikko of the 1930ies, which has been characterised as a demonstrative resistance to the uneasy times. The approach, which elaborately brings out the painting values and connects the message of the era with aesthetic enjoyment, is for Mikko most probably his “personal thing”.