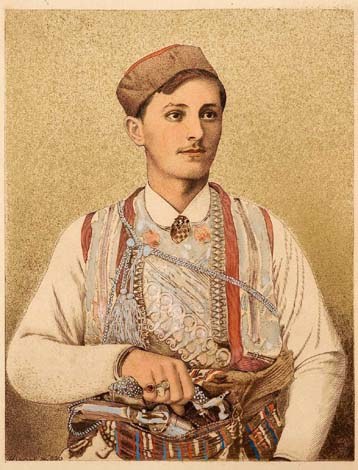 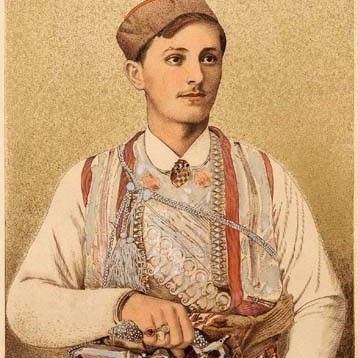 The present work, a hand-coloured copper engraving, is a real discovery in Wiiralt’s creation. To the present auction the work arrived from Sarajevo. Letter of the owner of the work – a close relative of the model – opens a totally different background for the sheet, which was until now known in the Estonian art history as “Albaanlane” (“The Albanian”).
He writes: “On the work has been depicted Savo Ducic, who also had a brother Mihajlo. Mihajlo lived in America and was very rich. He often supported artists by giving them money and also supported Rajka Mercep, a female artist, who was also a close friend of Wiiralt. Rajka helped Wiiralt several times to get support from Mihajlo. So Wiiralt felt, that he had to express his gratitude somehow and so he accomplished this portrait of Savo Ducic, the brother of Mihajlo. Savo Ducic is on this work in his early 20ies and the work was made according to a photo, where Savo is wearing his traditional Serbian-Herzegovinian national costume.