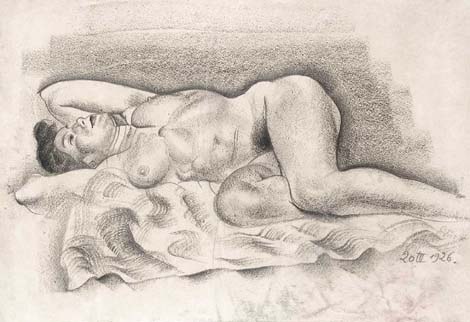 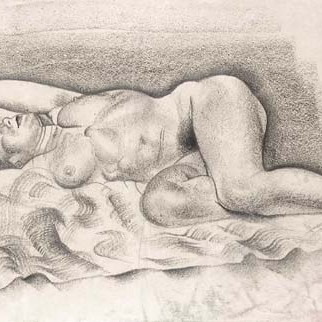 The name of Eduard Wiiralt is more or less the only one, which does not need any further explanations for those, being interested in the older graphical art – and this is the case all over Europe. Wiiralt, having lived and worked abroad for years, was able to make a breakthrough despite his extremely modest character. A number of exhibitions in famous galleries, orders from well-known publishing houses for the illustration of luxury issues and a large number of works in a number of private collections abroad is a clear sign that his extremely original creation was the source of interest in Paris of 1920ies and 1930ies.
It is publicly known that when the “Pallas” student Eduard Wiiralt arrived in Paris for the first time in 1925, commenced the most frantic, original and incomparable period of his creation. But the beginning turned out to be unexpectedly complicated.

Prior to heading for Paris, Wiiralt lived and studied in Dresden, but soon he announces in his letters, which were sent to homeland, that the German school “is not quite it” and he still wants to go to Paris. In November 1925 he arrived for the first time in the capital of France with the hope that the grant of the local cultural capital has already arrived. But due to the red tape problems it took additional three months (!) before Wiiralt received the promised grant. But the will to work in the art capital was so big that until the end of February Wiiralt still worked in Paris, earning his living by painting dolls and silk scarves. During Christmas he writes home: “Christmas was the worst ever – I even had no cigarettes”. After receiving of the grant, Wiiralt finally moves into a more decent flat and starts to go regularly drawing in Académie de la Grande Chaumiére. We may guess that the present work is one of the first ones, which Wiiralt accomplished after having settled down in Paris. By March 20, 1926 he had been attending the academy for a month or even less and most probably also this work has been accomplished as a school assignment. We can already here detect aspects, which are characteristic to the later creation of Wiiralt – choosing of an elaborate posture, emphasizing of muscles and curves. With the regard to classical nude drawing, the work by Wiiralt is eye-striking, but it is extraordinary that the work is dated to be one of the earlier works, which has been accomplished in Paris.