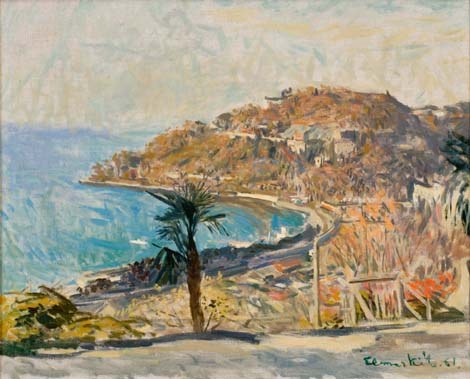 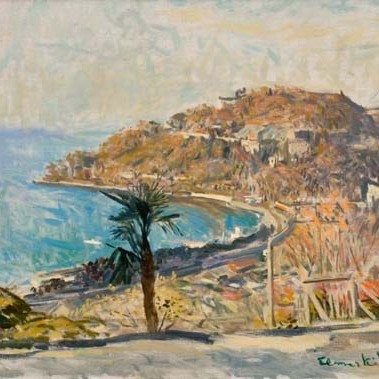 It is noticed about the paintings by Kits, originating from the beginning of the sixties, that hesitation is the phenomenon, which is generally reflected in them. From one side he had already tried abstractionism, from another side he still continued to explore the values of classical painting. But both styles were fully sustained, because of what the hesitations of Kits regarding the future were especially eye-striking.
In the 1950ies the Crimea became a kind of a dreamland, where the Estonian artists, who were cut off from Italy often wanted to go, but where they rarely ended up. It was an area, which had all such important special conditions for painters: certain different light, clearer colours, more interesting and diverse landscape forms. No wonder then that Kits has detected all of the before mentioned factors in a skilful manner. At the same time we can see also here the first signs of abstract art attempt, even though the general impression is being created with very short and improvisational brush strikes. Due to the grand colour clamour, Italy by Konrad Mägi and the Crimea by Elmar Kits can really be placed in one line. And does it matter then, where exactly the work was painted?