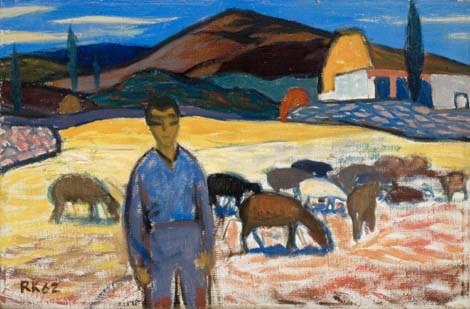 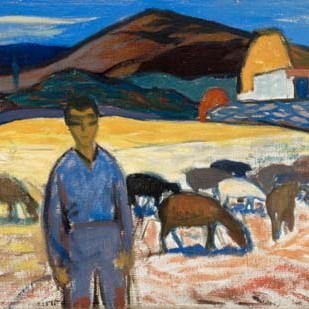 Raivo Korstnik has remained a famous hermit, who exposed only at very few personal exhibitions and whose creation do we know at the moment only thanks to a few random examples. Still, these few examples have created us a picture of an artist, who was always in the spotlights of the art world. Remarkable are his repros, participations at joint exhibitions, but also the consistent purchases by the Estonian Museum of Arts, which in the first range concentrated on Korstnik’s period of the 1960ies. It is the mentioned period, which has also been called his most fruitful and significant one.
Already at the beginning of the 1940ies the Estonian authors started to visit frequently Central Asia and Transcaucasia, from where were brought new significant impulses into the local surroundings. Korstnik’s Armenian view belongs undoubtedly into that line. Korstnik, being here unexpectedly bold from the point of view of the general spirit of that period, he does not carve on details but generalises. Emphasized should be his brilliant colour handling, where he creates a spectacular result with large areas. Even lambs of six or seven different colours and the shepherd’s strange skin colour find through that an explanation ...