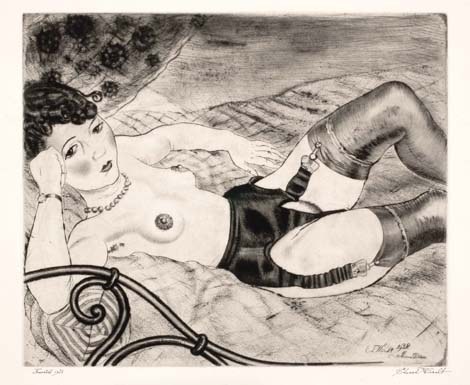 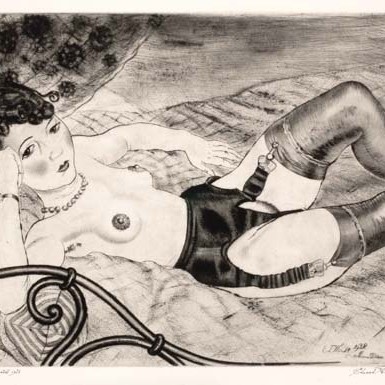 “Paule” belongs to a common understanding to the same line with “Suplejad”, being equally rare. Both with the theme and approach, “Paule” continues the line, which started with “Suplejad”. A woman in an irritating position was something that Wiiralt repeatedly depicted in his creation and which he never considered too impudent. Such courage is eye striking while taking into account the background of the Estonian art. Still even more important than the original nude, it is the desire of Wiiralt to depict the impossible: a complicated drapery, tights, furniture details, and curly head. But as it typical to Wiiralt of that period: once impossible still becomes possible.