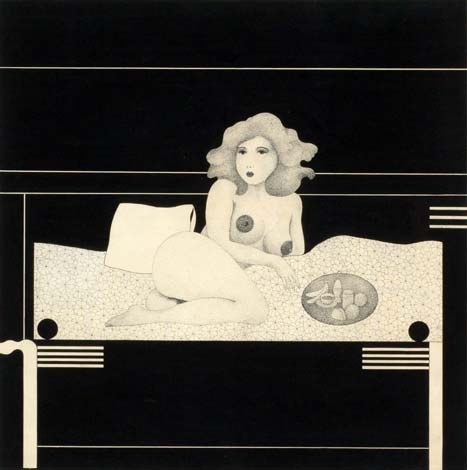 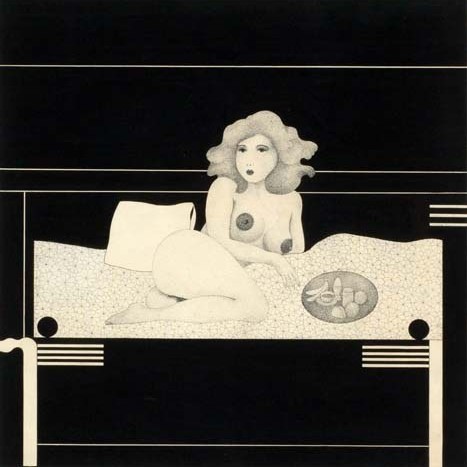 Tõnis Vint has most probably been one of the most influential authors in the Estonian art through the course of times. Already in the first half of the 1960ies gathered around him a circle of congenial persons, where in addition to the local outstanding avant-garde artists belonged also a number of Russian authors. But the Vint’s school has continued in time, it is hard to over estimate his influence on the surroundings, and the trace which Vint’s creation has left to the surroundings, is only waiting to be measured. There have been attempts to talk about the influence of Tõnis Vint through his lectures and continuous studio teaching, but still probably of greater influence art works by Vint.

In the 1960ies the creation by Tõnis Vint was a discovery. He was the first to introduce into the quite down-to-earth Estonian art totally different aesthetics. This was a manner of art, the models of which came from the symbolism and fin de siecle of the century before the previous one, but also from Japanese culture and sign systems. But in 1972 is noticed in Vint’s creation also another break, according to the words of Eneken Helme are now present “visible traits of art nouveau”, the basic symbols have on the other hand been “stylised by an erotic female figure”. The new manner was also recognised by the award of the Rijeka drawing biennial in 1974.

„Tüdruk voodis” belongs together with one of the most probably the most legendary work of Vint’s creation, „Hommik voodis” (“Morning in bed”)(1974). Here are clearly exposed the most outstanding lines of his handwriting. Subtle controversy of black-white surfaces and bold limitation to only two basic colours give evidence of a brilliant command of colours. Depiction of the figure and fabric texture through a subtle net of threads is a chapter on its own, one of the so-called trademarks of Vint. Light breakfast on a tray is a classical still-life motif. Bananas (in the year 1973!), a boiled egg, coffee and fruits are an extremely trendy and sophisticated breakfast – scanty and laconic. But as Vint has repeatedly proved through his creation – exactly this “scanty and laconic” is what matters most in art.