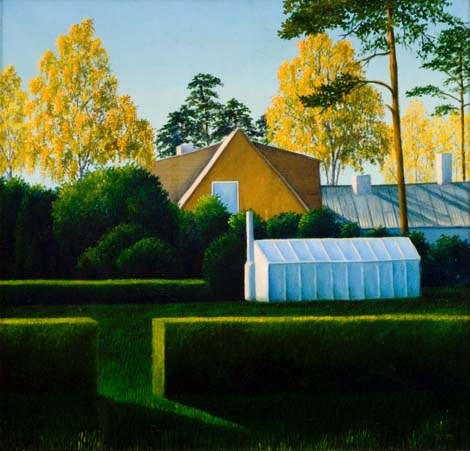 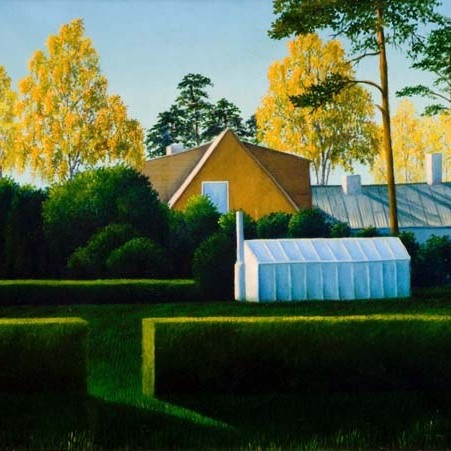 Toomas Vint is one of the most outstanding painters of the last decades. This is an assertion, even the proving of which seems to be weird, but let us still try to do so. The list of his personal exhibitions is of course impressive, but so is also the list of his collections and their geographical range.
Maybe to even a greater extent should still be taken into account the popularity of Vint among art critics and scientists, who have continuously invited him to exhibitions and have written articles about him. But in case of Vint should also be noticed his popularity among the viewers. Such a rare union, where one artist has become of importance both for the internal circle, possessing a subtle taste and also for the general public, searching for pleasures, is not an everyday phenomenon.

Vint took up art in the 1960ies and according to his own words to a large extent thanks to his brother Tõnis and the circle of authors which had formed around him. Still, first of all Vint went to study biology and did it for four years. Only at the end of the decade Toomas Vint also started from the artistic line. But this was by far not that same Vint whom we know today. Instead of green landscapes and congealed atmospheres he started with graphical art, his first paintings were kaleidoscopic and exceptionally colourful visionary works, being carried by hippie moods. Still he reached quite quickly the manner, which by tody has become “a Toomas Vint – style of landscape”. Green landscapes with blue skies were already then nicer than life. They were mathematically measured, “it was possible to count every single leaf,” as it was noticed already then and is being noticed at the present. But Vint would not be he himself, if he was only limited with dreamlike landscapes. There can always be detected a certain metaphysical atmosphere, even a surrealistic mood. The atmosphere in Vint’s works is congealed and strange.

„Aedlinna maastik” joins several most important key-words of Toomas Vint’s creation. The second half of the 1970ies and the 1980ies mark the most interesting period of Vint’s creation. It is this period, when he creates the majority of his emblematic samples, when are born the most important and what is of the greatest importance – the unexpected solutions. „Aedlinna maastik” is a clear reflection of Vint’s creational peak. Brilliant painting technique enables him a similarily top-level approach to the green landscape, the sky, trees and architectural objects. On the foreground becomes slowly visible a shadow, which is Vint’s one of the most mystical and important motifs. And the motif itself – a garden suburb – is familiar for Vint. Having himself lived in a garden suburb, this is a familiar landscape for Vint and also because of the beforementioned fact also more meaningful. It certainly is a pretty sight, but it also conceals childhood secrets, strange emotions. A greenhouse is here not a building for growing tomatoes, but a UFO-like glass edifice in the middle of a mystical garden. And the sun does by no means shine on the top of your head, casting light on everything, but it slides slowly over the yard, always leaving a part of it into shadows.