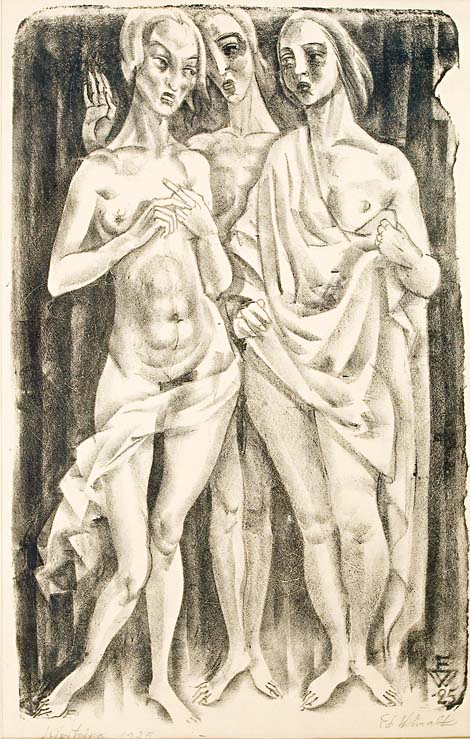 It is a rare occasion, when a small selection of works can give a survey of the whole creation of an artist, also including his view of the world and the message his art was carrying. The creation of Eduard Wiiralt, an outstanding representative of the art of Estonia, is so diverse that it would really be hopeless to claim: now it has been completely covered.
But when we follow the time line of the present works, we can se see clearly: Wiiralt is spread in front of us so widely that we can talk of his whole creation.
Firstly the ”Kolm graatsiat”, which was created when the artsist was 27 years of age, is slightly angular and bears obvious traits of German expressionism, where can be seen Wiiralt’s themes – both the artistic and ethical ones. Instead of a brilliant line here is a game with surfaces and shadows – values, which we encounter in later works only in a few cases next to playing with lines. We can already see works being entered by the grotesque traits of life, but the ”early” Wiiralt is still different – softer, more integral and classical.