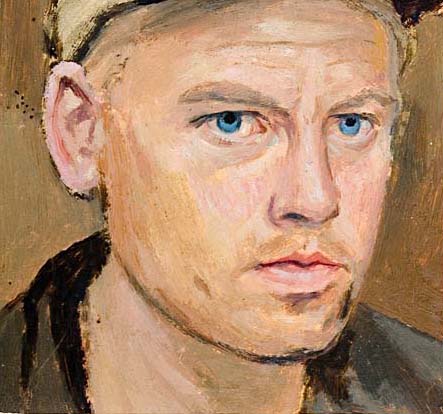 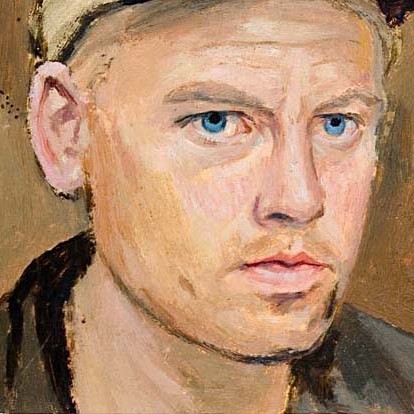 Valdur Ohakas was in prison during mid-1950ies, being a convict in a mine. Having been arrested as a young student, he initially faced absurd indictments, thereafter he already found himself getting under the ground each morning. It is hard to imagine, what the artist felt at that time, but the current work seems to give us at least two possible answers. First: even though while being in prison, away from the homeland and possibilities, Ohakas was able to preserve his desire to create.
And second: his view of the world was similar to his glance: decisive and uncompromising. Maybe therefore we can see in his eyes three colours: blue, black and white.