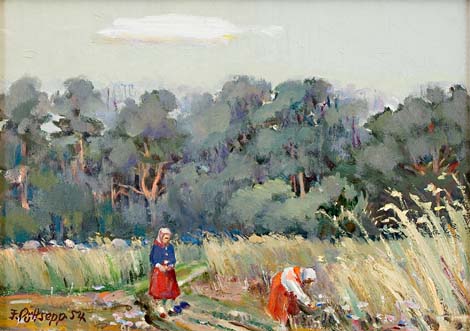 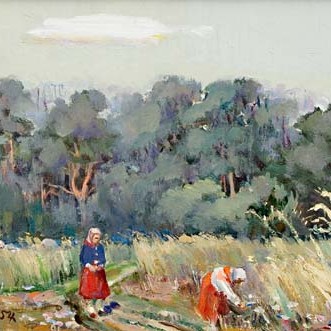 The creation of Juhan Püttsepp is an example of art that is never born in the seclusion of a studio, but in the direct contact with the surroundings of the artist and which is inspiring him. For Püttsepp these were not so much people and the social order surrounding him, but the nature. In the 1930ies the majority of the creation by Püttsepp was made in the Ahja region. In the first half of the 1950ies it was already Kihnu. At that time the island offered to a number of Estonian artists the possibility to detach from the canons of the social realism and to concentrate again to something which was considered to be the essence of painting: light at noon, wind in the reed-bed, national costumes and pine-trees.