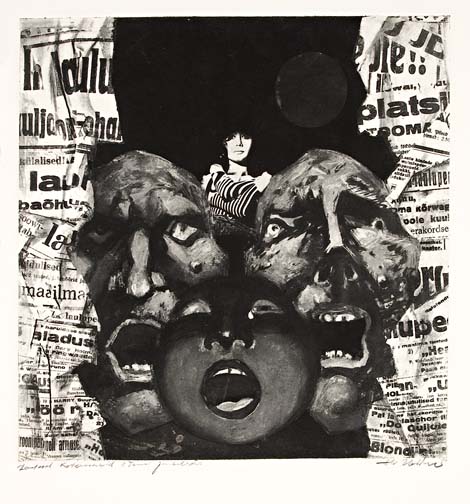 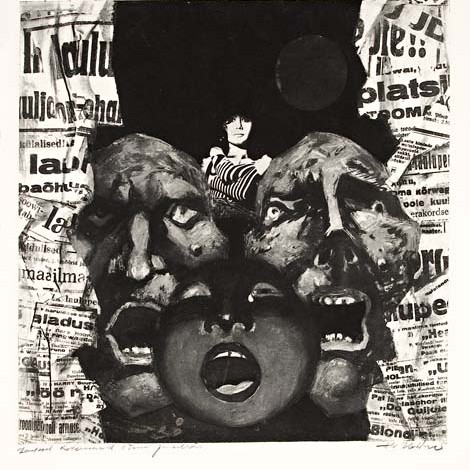 Alo Hoidre is in the contemporary art one of these artists, whose uniqueness is equally expressed in his paintings and works of graphical art. We know Hoidre as a person absorbing into the human existence, explorer of the human nature, we can see his grotesque semi-abstract figures, who always seem to remain at the borders of tragedy and comedy. His technique as a graphical artist seems on the background of the present rather gentle general picture quite a forceful one. ”Kotermannide laul” is like a clear social generalisation –new, decisive faces appear, which have broken through the surface of journalism.
What are they singing about? Only about things of the main importance.
The work has been re-produced in catalogue “Eesti graafika 1974–1975” (”Estonian graphical art 1974–1975”) (Jüri Hain, Tallinn 1978)