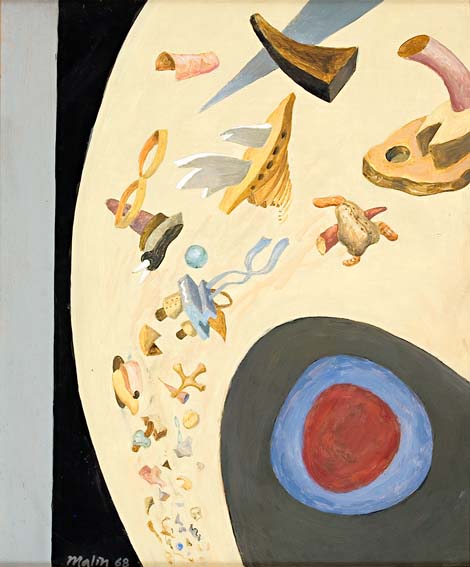 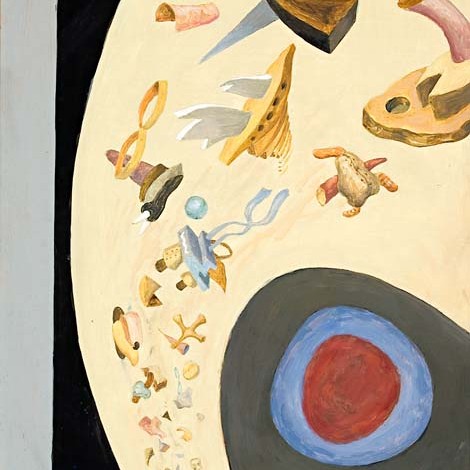 Surrealism has influenced the art history of the last century of the world most probably more than we may even think. But surrealists in the original meaning of the word can be found in Estonia in an extremely small number. Ilmar Malin was not only ”one among them”, but he was the locomotive of the surrealistic art. “Asjad”, originating from his creative peak, depicts several objects that have often been depicted on Malin’s paintings. They have not appeared at random, they have been set together conciously. So we do not necassarily have to detect here surrealism, but a specific form of abstractionism, where the main emphasis is on combining of forms and colours.