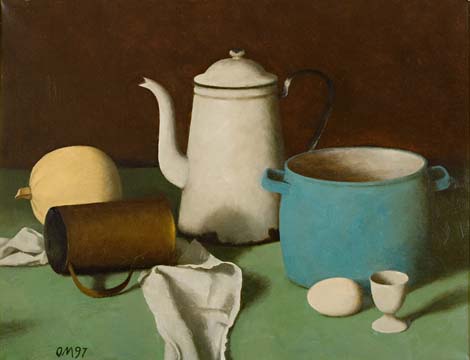 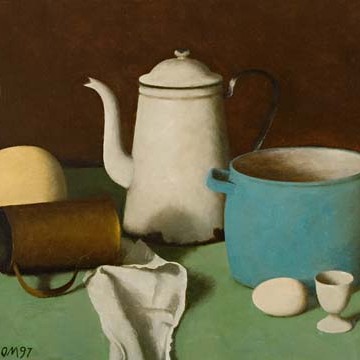 Works by Maran, which were accomplished after a couple of critical years at the end of the 1960ies, are often regarded as “the calmed” and traditional ones. To the colour and form issues in his works was added one important, personal and maybe even intimate inner vision. Different world perception and different manner of communication with it introduced into Maran’s still-lives blending instead of contrasts, softness instead of harsh transitions – the depicted object simultaneously disappears into the background and glows from it. Maran took up painting of still-lives – moments which seem to have frozen, trying to grasp at least a fraction of the silence that is born from the strange co-existence of things.