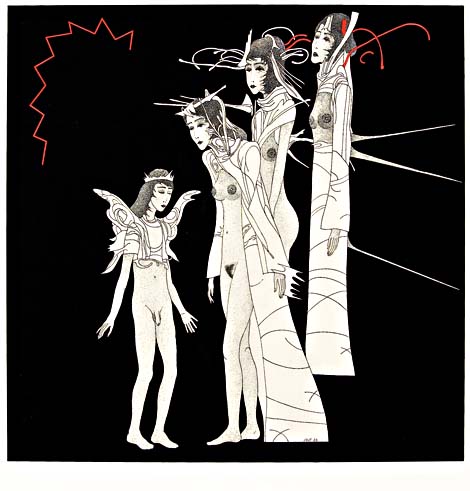 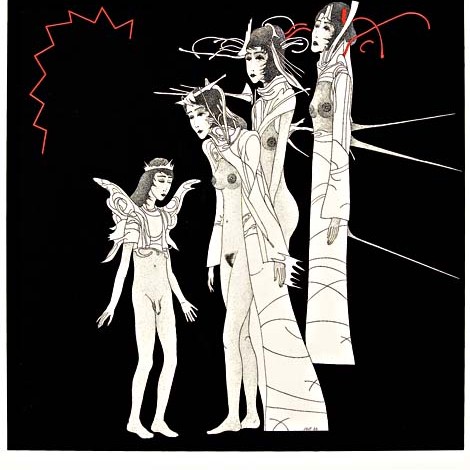 The creation of Tõnis Vint is a rarity in itself, the small amount of his original drawings proves that Vint has never been an artist for the profession’s sake, but he is somebody whose every work is a remarkable masterpiece. There have been talks that Vint was not just an artist, but also a teacher. As an artist he was not just of local importance, but reached far outside. His world is deeply aesthetic – the works by Vint are brilliantly elaborated networks of signs, hints, secret symbols, which do not let a stranger in. Also eroticism is for Vint one form aesthetics among many others: beautiful, but dangerous. Therefore was ”Troonipärija” during the Soviet time one of his most scandalous work, which was most often censored out of his exhibiton works.