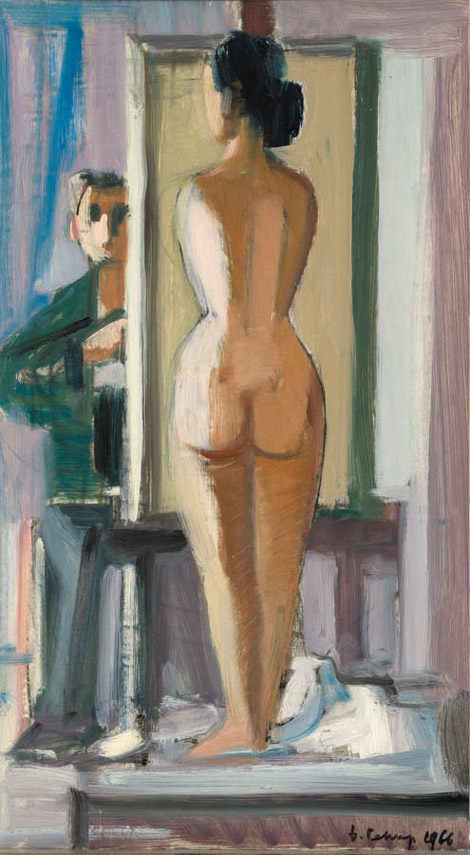 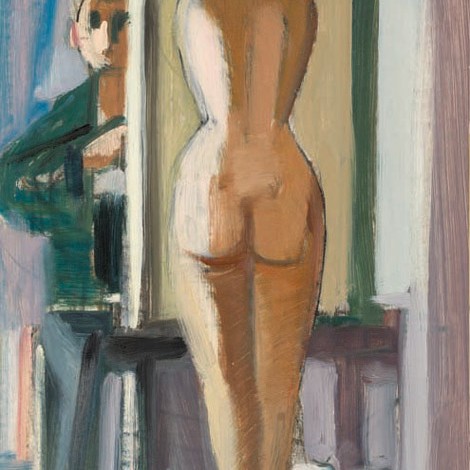 The meaning of the painting “Kunstnik ja modell” is extremely thrilling, adding one extra shade to Pehap’s figure parade. From one side it is a classical nude, where the model, who has been depicted from the back, has turned the head slightly away. But by painting also himself into the picture, this work does not talk anymore the same language as other nudes do. By the artist’s personal entrance onto the painting Pehap’s work also becomes a story of developing of a nude painting, of its role in artistic creation. Pehap shows us, how nudes are accomplished – and among others also the present work.