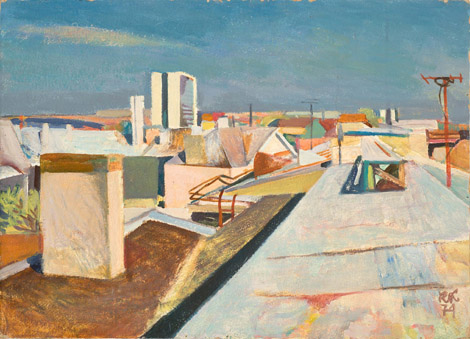 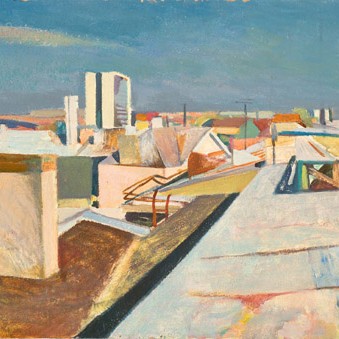 “Tallinna katused” is not a rare motif, as the views of the old town of Tallinn also from such angle are quite frequent in the local art. The basic value of the work is in the time of its accomplishment – in the period painting, having been painted in the studio, where by sliding along the roofs is added to the oldest part of the city also a new hotel, declaring a modern era. By implementing different modern forms, Korstnik creates a modern cityscape, where instead of the romantic colour sensation are being admired rapid development and changing of forms.