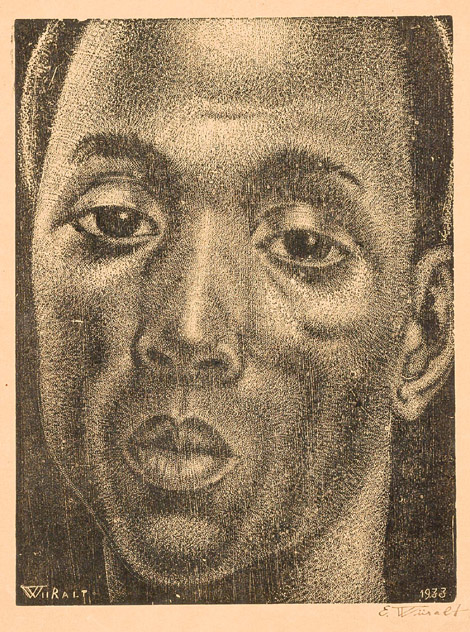 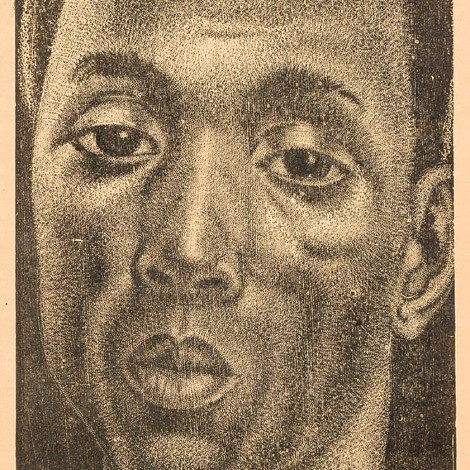 “Neegri pea” receives similarly to “Arkeia” the inspiration from something that was exotic and strange for Wiiralt. While living in a big city, he often met dark-skinned people, but their different way of behaviour, their different culture and – of importance to Wiiralt – different physical traits called upon depiction. Work, most probably depicting the waiter of one of Wiiralt’s favourite bars, is first of all enchantment from new forms and new looks. Instead of a concrete portrait here is an anonymous look of something exotic. Here Wiiralt acts like a real artist: with a sense of piety, without excessive curiosity, but with rapture, with an investigator’s passion and technical perfectness.