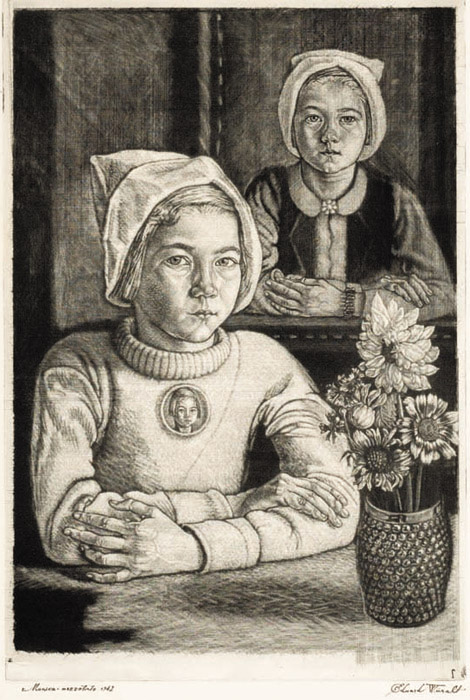 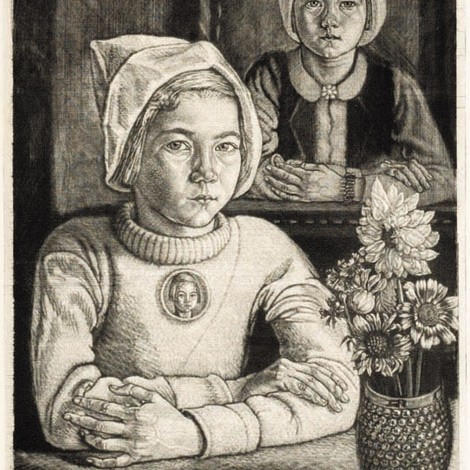 “Monika” is a work, which was accomplished during war-time, where similarily for instance with “Viljandi maastik” (”Viljandi landscape”) can be detected a new choice of themes in Wiiralt’s creation. This most cosmopolitan artist among the travelling Estonian artists has arrived at homeland and its status. Declaration of personal tragedies and chaos has suddenly become the worry for the nation and expressing the sympathy for it.
During that period are accomplished several half-portraits by Wiiralt, as people on his sheets receive more attitude, posture and glances that in the war and accupational context can be interpreted already as courage, resistance and remaining oneself.