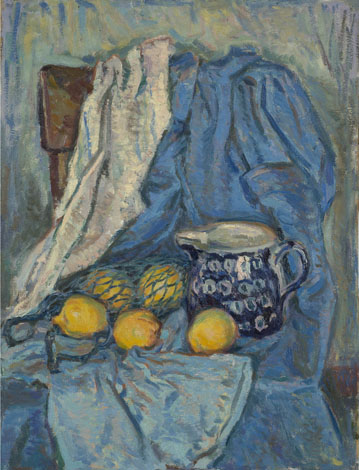 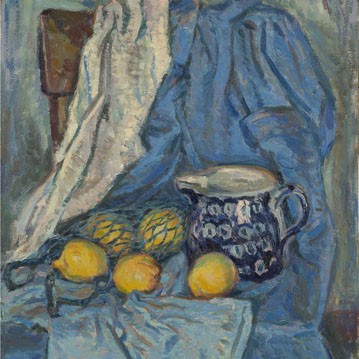 Olga Terri was one of the few ones, who did not study in “Pallas” before the 1940ies, but who in spite of that became a remarkable artist. As the student of Greenberg and Haamer, she had additionally to the experienced colour use also a strong ethical backbone, because of what she rather worked for the studio than for exhibitions. A still-life is a classical motif, where Terri has at the same time tested her skills and at the same time has tried to move in an already new direction. We can see her generalization of her background drapery, her attempt to make it seem more “square” and geometrical than they originally were. Here we can already anticipate the changes in the air and that were soon taken to use in the local art. By the way, the landscape on the reverse proves again, in how poor conditions Terri worked in her absorbed manner.