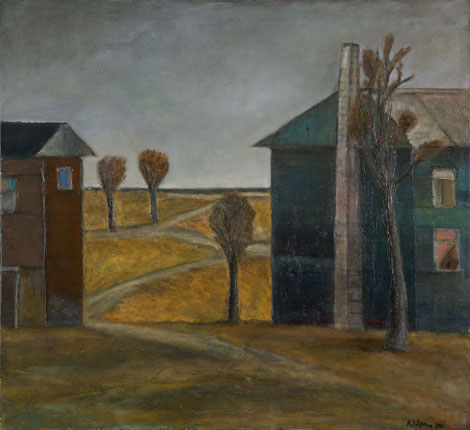 Rein Kelpman’s works from the beginning of the 1980ies have become more rare and highly valued in the course of time. The strange works of the young artist received at the beginning of the 1980ies immediate attention: Kelpman was so much different from the general trends of the period. Being on the border of naivism and colourism, Kelpman created a number of mysterious or half-mystical pictures. The motif of an anonymous house is often repeated in his works, being one of the main sources of inspiration of the artist. At the same time we can see in this work also the presage of the Kelpman of the 1990ies, when of primar importance became abstract colour research.