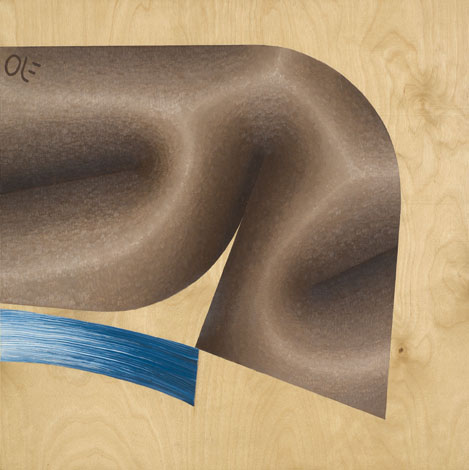 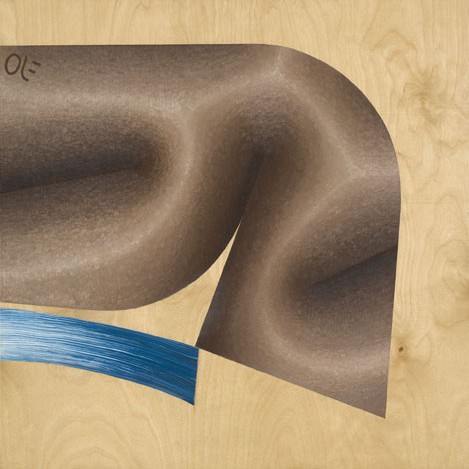 The present painting is one of the first works by Kaido Ole, which have been exposed at an exhibition that has later been hidden from the general public. Ole himself has recalled his past exhibitions as expositions, where he first understood, what he is expecting from a painting. From one side Ole continues here the tradition of geometrical painting that has been represented in the Estonian art quite nicely. From another side he deliberately introduces also contradictions and contrasts that make the seeming perfection slightly more humane. Eye-striking is also the choice of the basic material and the decision to make its texture sound equally with the artist’s work.