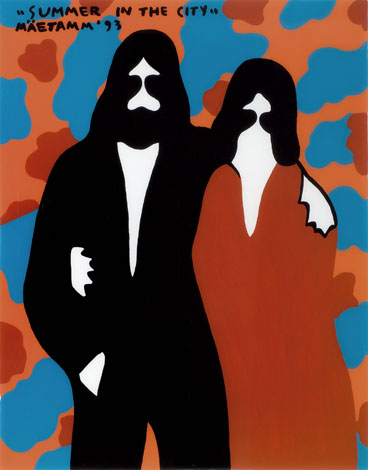 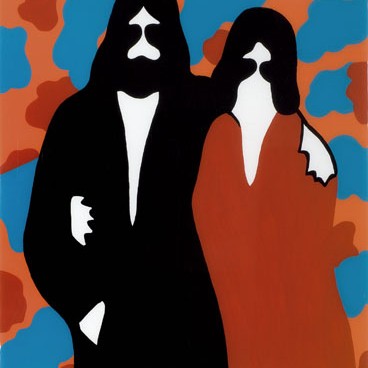 The works of Marko Mäetamm from the beginning of the 1990ies are lush and unstoppable in a pop-style manner. Mäetamm has told about the energy, with which he painted at that time. This energy can also been seen in the present works that belongs to the same series of other works by Mäetamm of that period, which were made on plexiglass. As an obvious inspiration source are the hippies of the 1960ies, but Mäetamm has placed them into the context three decades later. Still, the work lacks every claim to analyze or criticize and it is not characteristically to the Estonian style open, happy and optimistic.