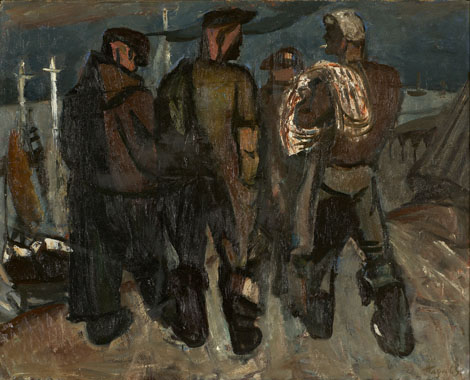 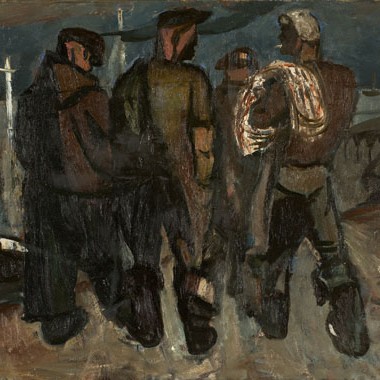 Nikolai Kormashov`s undoubtedly the best-known, the most legendary and most important work, his so-called “hit” is “Kalurid” that is located in the Art Museum of Estonia and which has been reproduced for an uncountable number of times. In this work there are reflected from one side the artist´s great emphatic abilities, his sincere interest towards ”simple” people and their doings. From another side we can detect here already a new motif vision and different form use. Justified are these writings which state that the best works by Kormashov remained in mid-1960ies and that his monumental approach remained rare in the local art scene (Sirje Helme). The monumental approach here means in the first range mental greatness. Differently from the art of the era preceding him, Kormashov does not poke in details, but is able to see iin fishermen the nobility of man.