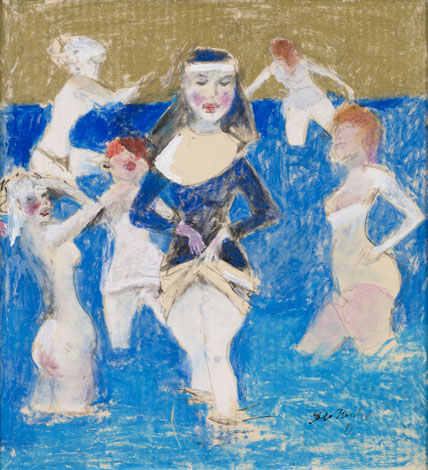 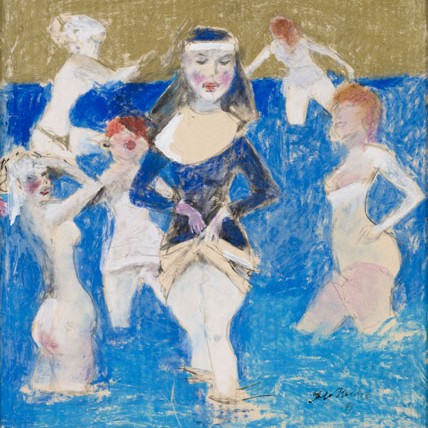 Alo Hoidre was an artist, who was valued highly among his colleagues, who could have been totally content with the found artistic style. Still, Hoidre’s creation changed during his last years of life drastically. Into his works were introduced joyfulness and playfulness that had not been there before. Hoidre is using the most unexpected colours (golden hues mixed with cold blue) and is creating half-surrealistic figural compositions. Similar are also his graphical sheets of the period: abundant, buxom, playful, odd, charming.