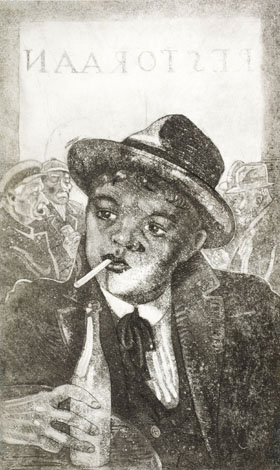 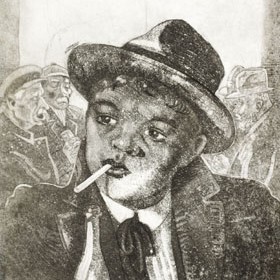 When artist Aleksander Möldroo has recorded himself into art history with his works, then Wiiralt has done so by using him as a model. Möldroo, having studied in “Pallas” for a short period, did not receive just a portrait, but Wiiralt has used him as a part in larger theme handling, entangling into it additional new meanings – as he also used to do in his later creation. Remarkable is the abundance of techniques having been acquired by Wiiralt. Dry point has smoothly been replaced by aquatint and also here the artist can bring to the fore the most characteristic, but also the most complicated traits of this technique.