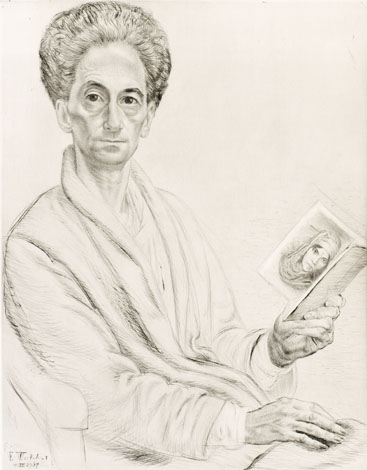 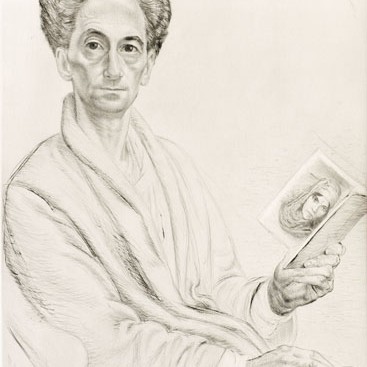 Wiiralt has twice portrayed an American artist Martin Baer. The present sheet is more elaborate and contains more details, trying in addition to outer resemblance and postures also render Baer’s interests and detachment through those interests. Wiiralt knew, whom and how to depict, as two artists had been friends by that time already for almost 15 years. Even more - Baer was Wiiralt’s student, taking from him etching lessons. Meanwhile he had been living for three years in Morocco and most probably as the result of Baer’s influence also Wiiralt travelled there. He has depicted his friend that same year – maybe to express his appreciation, but