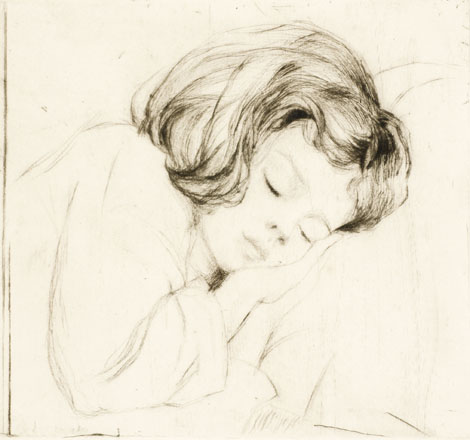 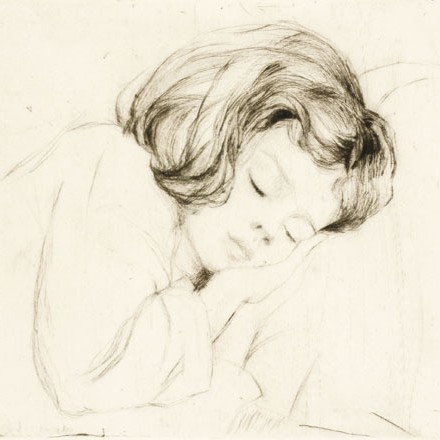 The second half of the 1950ies is generally regarded as the second creational peak of Aino Bach besides the end of the 1930ies. As during that period his creation was dominated by the moods, characteristic to the era, in the 1950ies Bach becomes considerably more intimate. When twenty years earlier she depicted with pleasure a Parisian street boy or illustrated Gypsy fairy-tales, then now she is picking as her models children, whom she observes in the most defenseless situation – while sleeping. Here it is easy to draw a parallel with Wiiralt’s sleeping children, as the aim has been the same: to forward this gentle, caring and loving glance that everyone watching sleeping children has. Also the comparison with Wiiralt’s technical skillfulness is not an exaggeration. Bach is really dealing on this sheet with something really big and very personal.