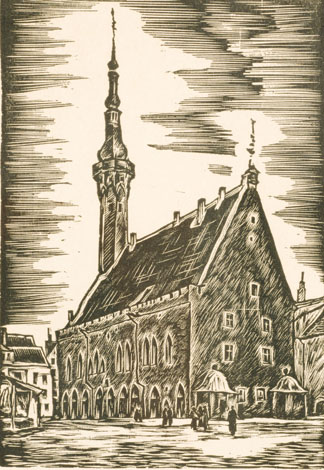 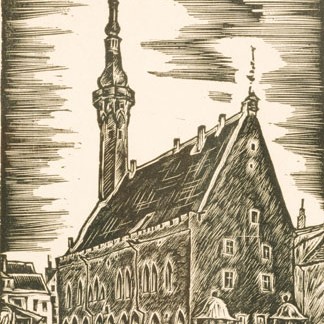 Johann Naha is one of the best-known depicters of Estonian sights, in whose creation the majority is knowingly formed by the images of different churches, towers, walls, buildings, etc. So Naha of course achieved a superb level that enabled him to move away from a simple tourist attraction. With his works Naha also interpreted, depicting an architectural object as a historically especially dignified one, possessing a mysterious atmosphere or for instance exceptionally majestic forms. In case of “Tallinna raekoda” all of these three beforementioned descriptions coincide, but a wistful additional dimension is added by the accomplishing year of the work. This was three years after the departure of the artist.